I wonder if a K10 can be used rather than the L11 30173 shown here at Grateley on the Salisbury line. There was a junction to the line to Bulford army camp hence the tank. 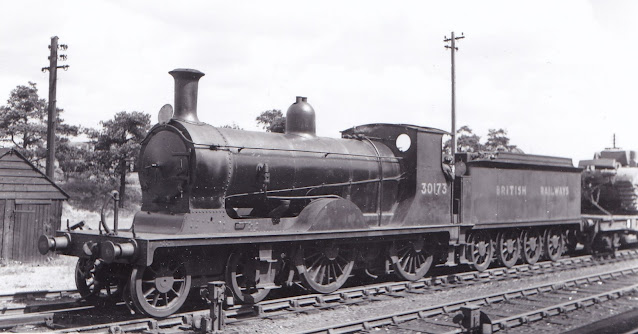 According to Dendy Marshall, the main differences between the K10 "Small Hoppers" and the L11 "Large Hoppers" were:

Following his K10 class of 1897, Dugald Drummond produced another 4-4-0 using the same firebox though with a coupled wheelbase 1' longer at 10' 0", the L11 class, in 1903. Whilst the K10s were known as "Small Hoppers", the L11s were the "Large Hoppers". The class was designed due to the need for tender engines to work slow passenger, van, or pick-up goods traffic. The L11s had the excellent, free-steaming, boiler from his most successful of all passenger locomotives, the T9 class of 1899. Despite the smaller wheels fitted (5' 7" against the T9's 6' 7") these excellent mixed traffic locos could more than hold their own when called upon to help out the Greyhounds with summer Saturday holiday traffic. 29 of the 40 members of the class were coupled to Drummond's 6 wheel outside framed tender whilst the other eleven had 4,000 gallon bogie tenders. As time progressed more and more of the class were given the bogie tender (through interchange with T9s) until all bar two, numbers 440 and 441, were so fitted. These two were the only two of the class to have Westinghouse brake control (until some time between 1931 and 1936) as well as the vacuum brake, the remainder of the class having vacuum only.

Their one drawback was the marine type big ends, as fitted to the T9s, which for some reason were a big problem on the L11s, resulting in them not being worked quite as hard as the T9s were. Unlike the T9s, and many of Drummond's other classes, the L11s were not subsequently superheated and, although they remained on their "home territory" after the formation of the Southern Railway, some were sent to Ashford for repair. The whole class lasted into British Railways' days, but only just! Withdrawals started in February 1949 and by October 1952 the whole class had gone. 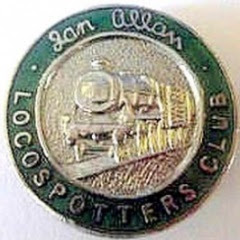